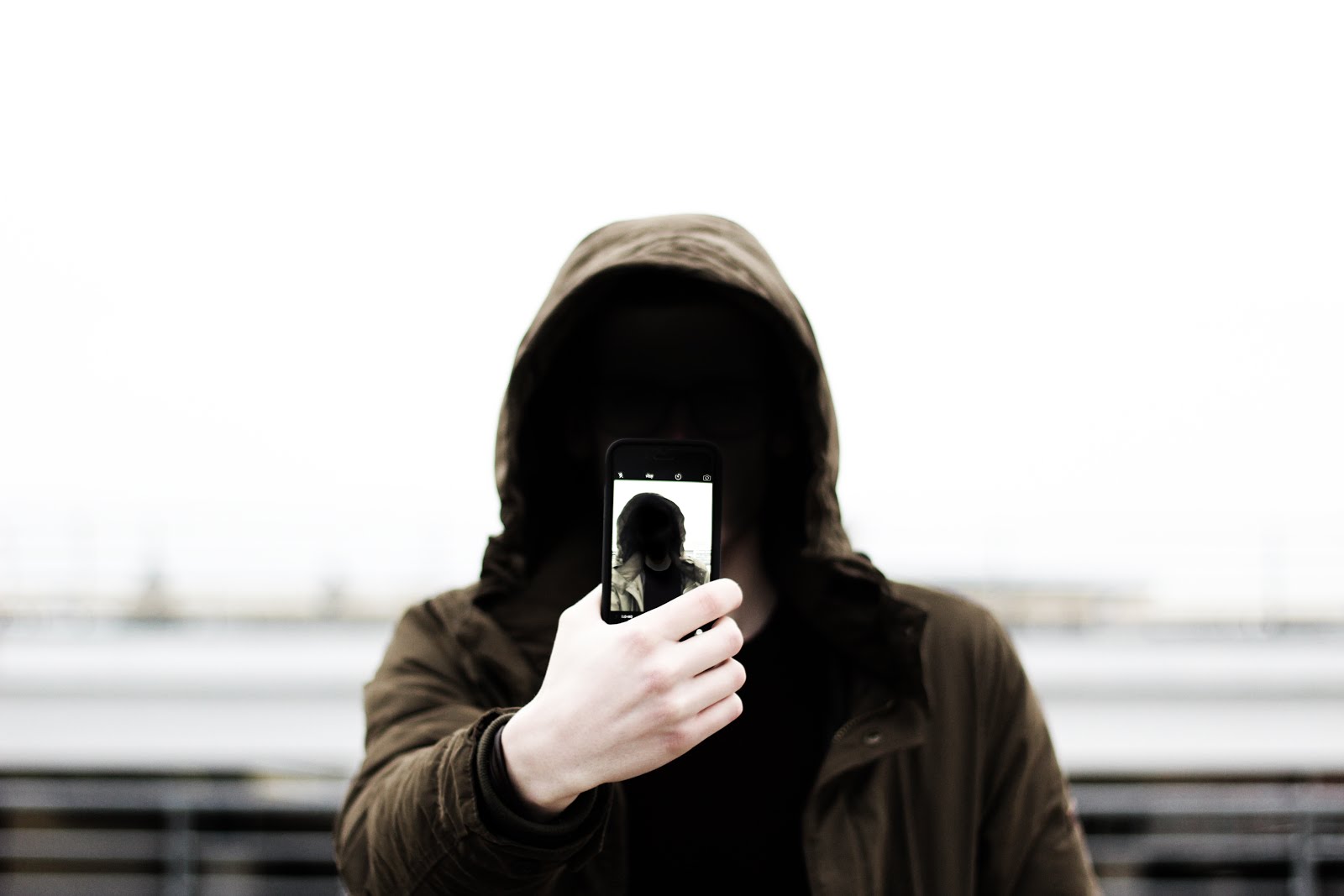 The impact of smartphones on society

We’ve come to the point where we just can’t live without Smartphones, causing negative behavioral and health impacts on society. What can we do about it?

The Smartphone. It combines so many communication, media and entertainment forms from one place. It’s many things at once, all available in the palm of your hand. I love my smartphone. It has changed my way of doing things in so many different ways. Yet I’m careful in saying “changed” rather than “improved”.

I’d like to ask you honestly what does your morning look like? I personally wake up, turn off the alarm, and start checking notifications from dozens of other applications on my smartphone. Some mornings I’ve found myself an hour later, still in bed, in a very uncomfortable posture, still browsing on. What is going on? It’s an addiction that many of us share, but usually choose to ignore.

We’ve become so dependant on these devices that we get genuinely anxious when we’re without them or if the battery gets dangerously low. Just ask someone these days if they could live without their smartphone for a day, I guarantee you there’ll be people who dread to even imagine it. In fact, there’s even a name for that: Nomophobia. Smartphones have become so important to us: a disturbing survey revealed that students would rather give up coffee, eating out, and even sex before giving up their smartphones.

These days, when you go anywhere in public, you notice a big majority of people are engrossed in their rectangular touchscreen device, oblivious to what’s happening around them. It’s as if you’re in a smartphone zombie apocalypse.

Whenever I go out with friends to eat or drink, most people will have their phones on the table “just in case”. It’s really something that makes me ponder.

Smartphones can so easily distract us, and take us out of the moment. It’s so easy to opt out of an awkward silence with somebody by reaching out for your smartphone and starting to scroll through facebook, check emails, and other useless things. It’s a way to make us seem less alone. But it’s actually doing quite the opposite.

This behaviour is particularly annoying and quite rude when it happens amongst our own friends. They’re physically present, yet trying to converse with a distant friend virtually. This is so common, there’s a word for that too: phubbing.

This phubbing can have a contagious effect on others, who feel the need to do the same. Eventually there will be a collective compulsion to mindlessly check phones, often for no good reason.

It’s ironic how antisocial this is, especially when it’s for checking “social media” like Facebook. I’ve seen people (often groups of young adolescents) spend most of their time together taking ridiculous amounts of selfies. I watch them as they then bury their faces in their phone meticulously applying the best filters and hashtags, promptly proceeding with uploading to social media. I can’t help thinking how horribly narcissistic, shallow, and approval seeking behaviour this is. Social media is all about displaying the better version of yourself, showing off to your friends that you go out, that you have a more fulfilled life than they think. But how much are these people actually living the moment?

We live more and more in a virtual world. And there’s one particular feature on smartphones that allow us to do that more than any other: the camera. 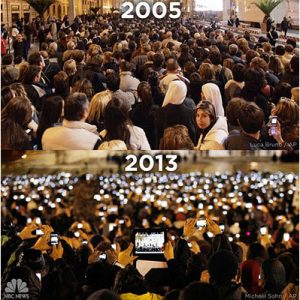 Health impacts on societyI can’t wrap my head around why people record such events. It’s downgrading the experience. Often there’s no optical zoom, it’s too dark, and the audio is horrible. It just seems pointless to me. Why attend such occasions and then try to watch what you filmed on a 5 inch display? It’s almost as if people don’t trust themselves to remember the event. Just think of last time you were at a concert or a show of some sort. A lot of people are just filming and watching a digital reproduction of what’s actually unfolding before their eyes.

However, this is just scratching the surface of what impacts smartphones have on society. There are also health issues.

The University of Hertfordshire has found that 6 in 10 Brits are having sleep deprivation because of using smartphones before bed. Staring at the blue unnatural light when it’s supposed to be dark messes with the circadian rhythm, making it difficult to sleep. And lacking sleep can cause a whole lot of problems such as higher risks of diabetes, weight gain, heart attack, cancer… This harsh blue light is also the culprit for harming vision. It can cause retinal damage to the point of losing central vision.

Additionally, the way we hold our smartphones and bend our neck has created a new form of physical harm, “text neck“. Looking down at our smartphones at an angle puts strain on the spine, that could result in permanent damage.

Another problem is bacteria. We often don’t realize how dirty the screen of our smartphone is and how much we touch it. A study found that the average phone has up to 20 times the amount of bacteria found on a toilet seat.

Of course, being such a source of distraction also increases chances of being in an accident. A study by the University of Washington found that texting pedestrians were four times more likely to ignore lights or forget to look both ways before crossing the street. And I shouldn’t even have to mention how irresponsible and dangerous it is to text when driving.

You could call me a hypocrite for bashing the very technology I overuse myself. Don’t get me wrong though, I’m not criticizing the technology here, but the problems that are related to society. In other words I’m a big fan of what technology can do for us, not so much what it does to us.

It all comes down to us as people, to decide and put limits on ourselves, and use this technology with moderation. I quite like the analogy of Lior Frenkel for this matter: We should be thinking about it like a diet. There are apps that are like junk food, others like organic food. Just like we’ve become aware of what we eat, we need to become aware of what and how much we consume. A “digital diet”.

When used in the right ways and to the right degrees, smartphones are wonderful. But when we start to lose touch with what’s actually important, they become the opposite. Just think about how people behave today with smartphones, and imagine what happens when more wearable devices and the IoT revolution comes into the picture.

The impact of smartphones on society